After getting the Strat and Yamaha keyboard, I still felt something is missing. Of course, I wanted a Les Paul as well. 😃 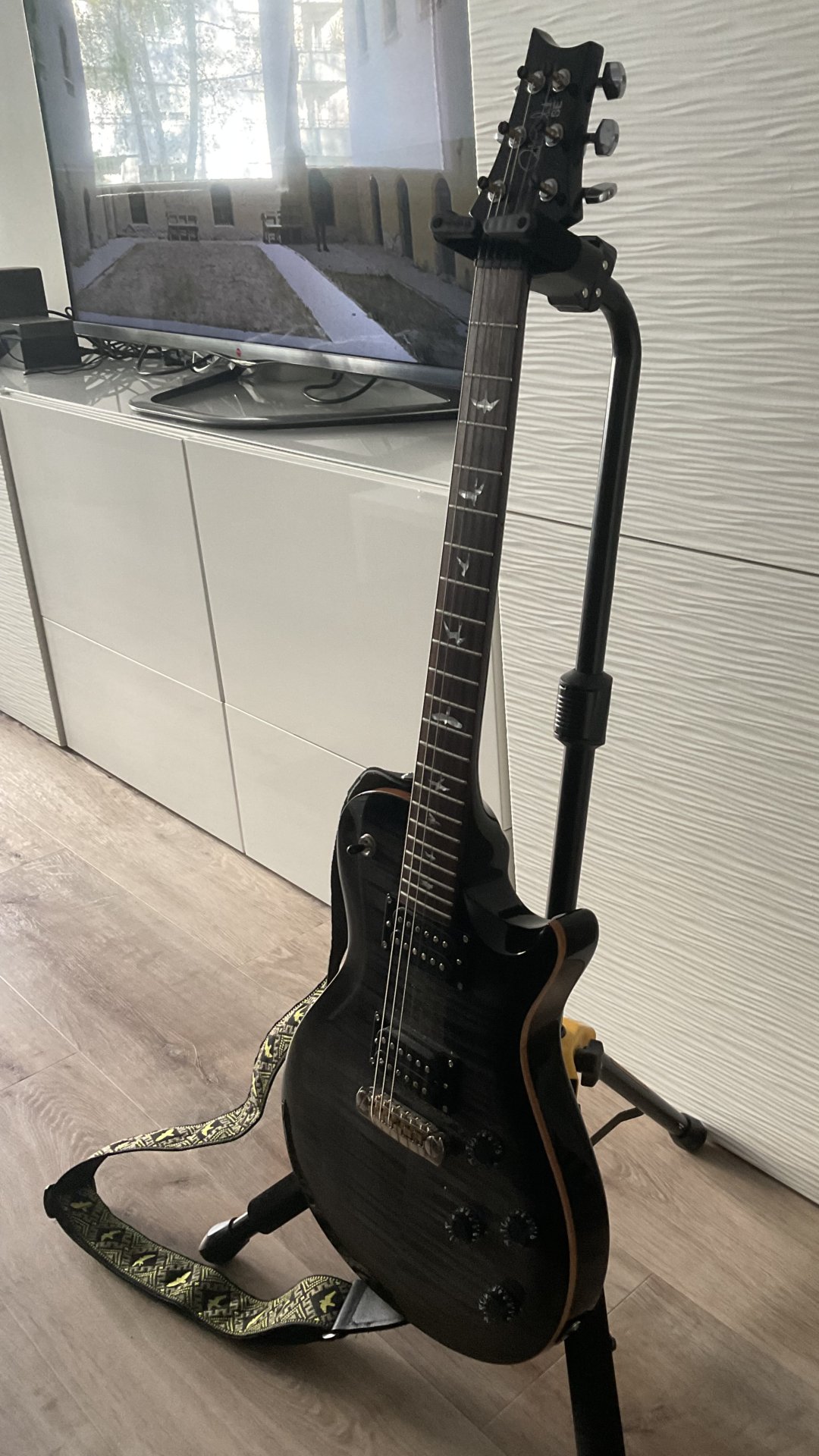 Like always, I investigated a lot but it was still hard to decide which model to buy. I looked at all Les Paul series, I read lot of articles and my conclusion was that it is quite risky to get an original one because of the neck problems. There are just so many neck cracks over the Internet including YouTube. So I decided to look for alternatives and at the end found out that PRS SE 245 would be the best guitar for me. It doesn’t have neck problems, but it is still approximately the same scale as Les Paul and I could get one for quite affordable price. I made the decision at the beginning of July and my Charcoal Burst arrived on 08.07.2021. 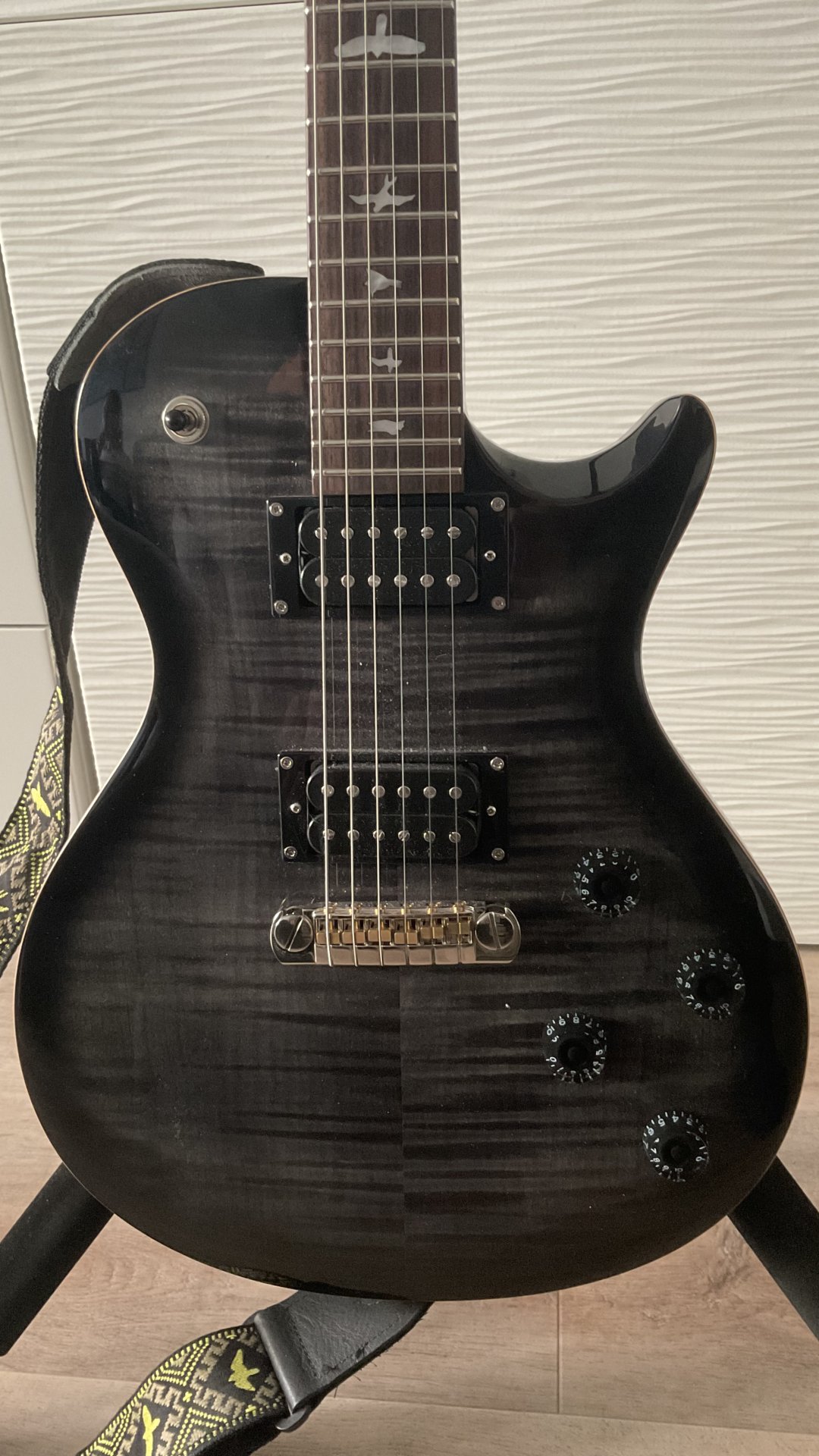 At the day of arrival I was not at home so I asked my son to come to my apartment and wait for the delivery. Of course, like all young people he was late and I got notification that the package is delivered. I asked him again to go there and find out where is the guitar but fortunately it was just in front of the door. My neighborhood in Munich is quite nice so there were no problems with missing packages. My son just put the guitar inside because I asked him not to open it. Few days later I opened it myself and found out so beautiful guitar. PRS really did a great job, charcoal burst looks so nice, the veneer top shows great wood patterns, fake wooden binding is also so cool, fret work is perfect, strings bend so easily. I couldn’t find any imperfection, Cort Indonesia did so great work for PRS.

Like you see at the pictures, I also got PRS locking tuners which I replaced few weeks later. Original tuners were just fine, but locking tuners were so cheap that I couldn’t resist. In order to put the Gruvgear’s Fretwedge, I had to remove the truss rod cover. So, at the moment of writing this article, the guitar is already modified. 😃 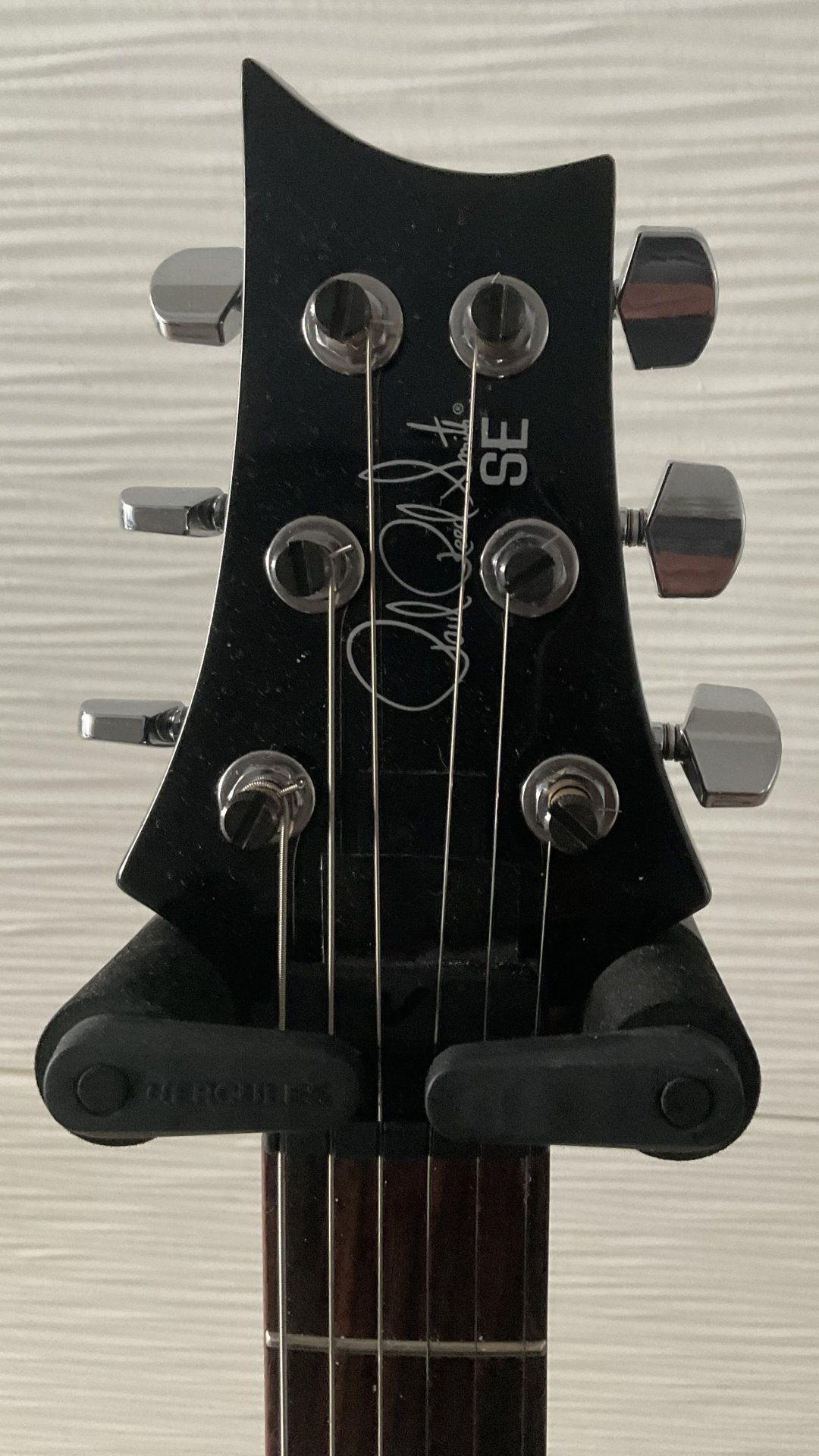 PRS guitars are really great value, even SE series were properly QC-ed. The gigbag delivered with the guitar is also very good, better than the one I got with Fender Stratocaster. 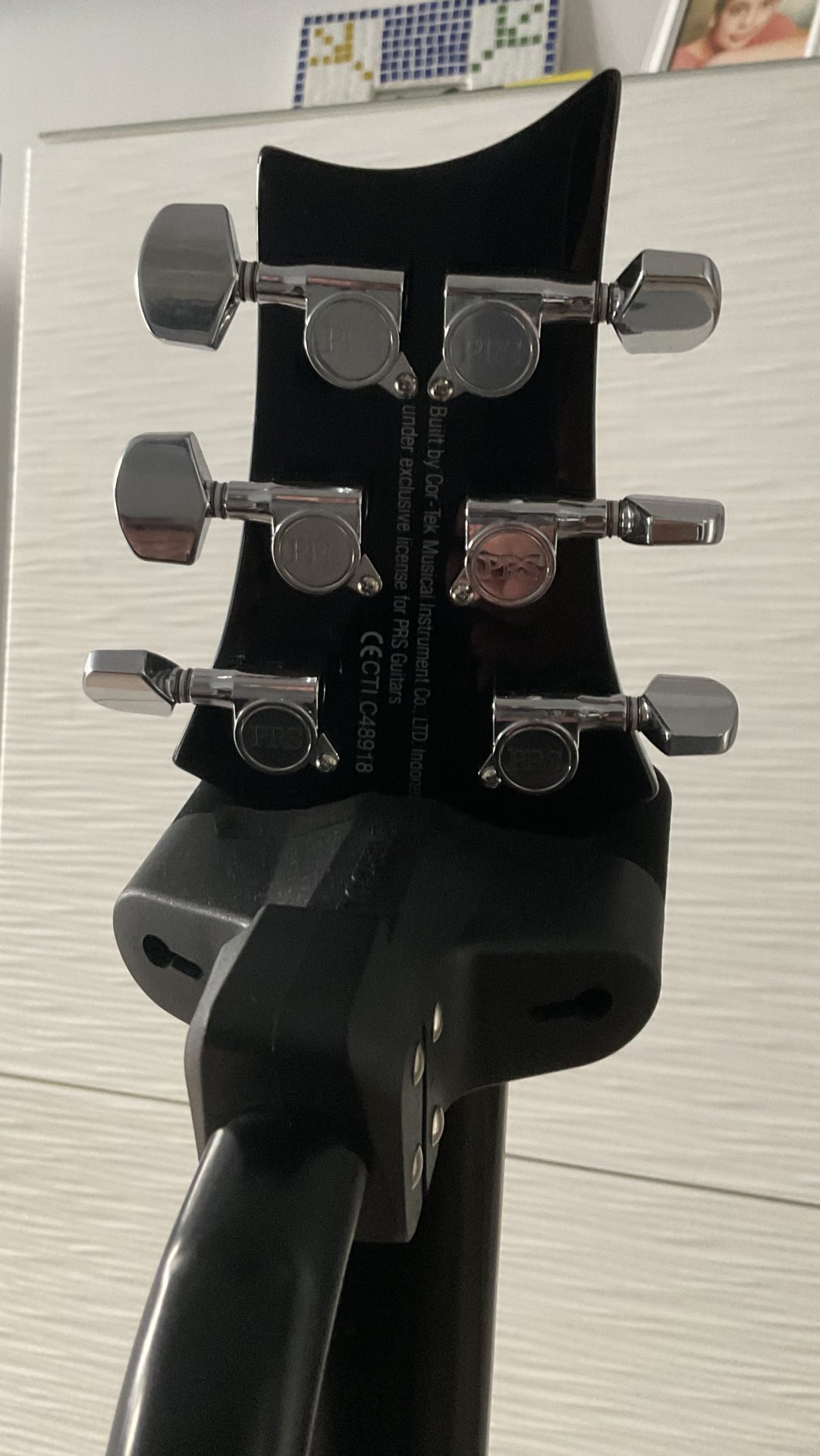 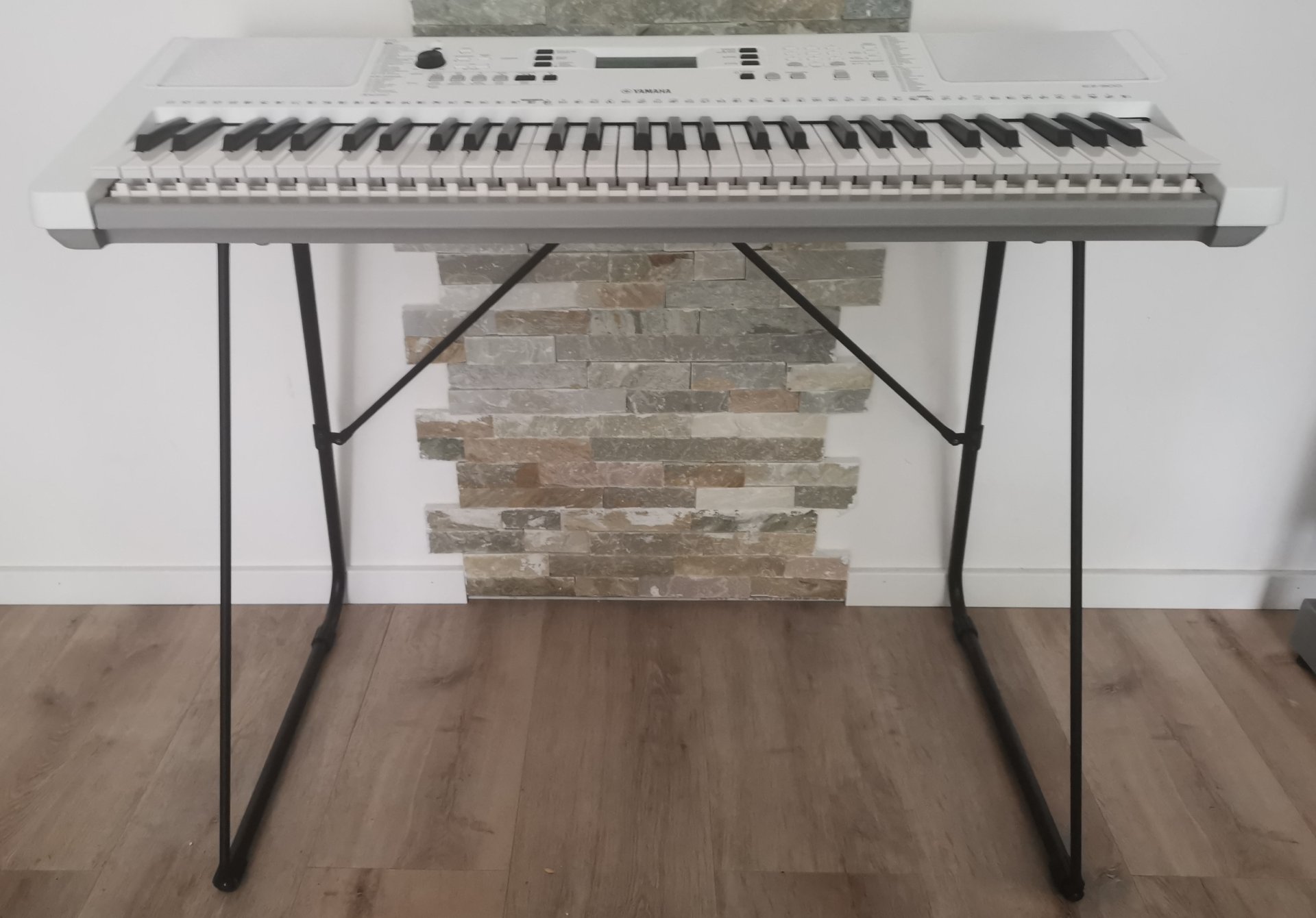 I have heard many advises that the best way to learn to play music and visualize it would be to play keyboard, so I decided to get one. Of course, I didn’t have plans to become a great keyboard or piano player, nothing like that, but just to get one for fun. I know about Yamaha, Roland and Korg from my childhood but again, after so many years I had to discover what would be the best buy for a beginner. 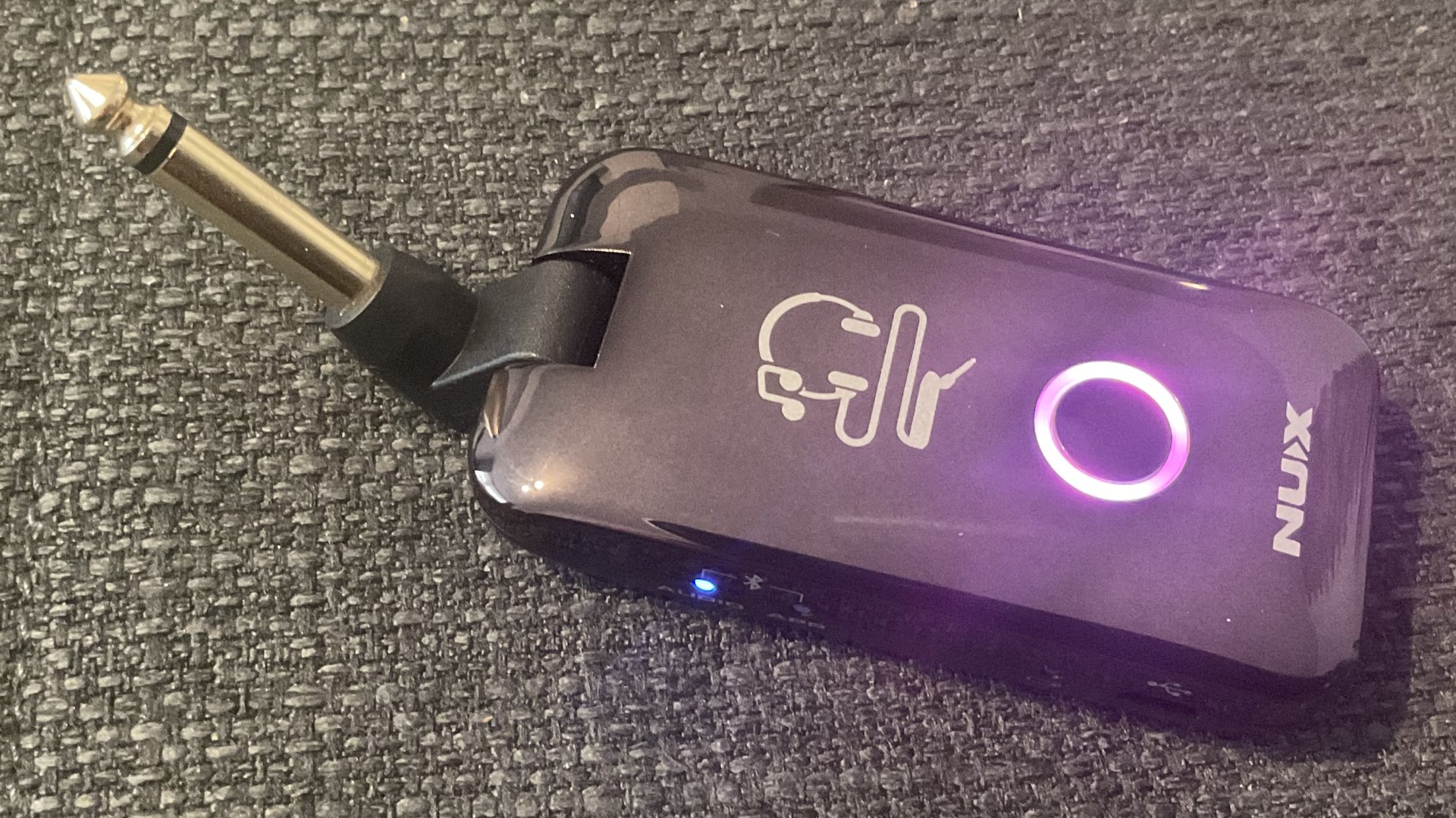 Guitarists are fans of loud amplifiers and music in general, but this is not the case with all neighbors. 😆 I started silent practicing with plugging the headphones to my Fender Mustang and this worked well, of course, but I always had to seat close to the amplifier which was not that practical. By searching the Internet I found out about different Vox headphones amplifiers which offer just one kind of sound so if you want to have for example clean, blues and metal sounds, you need to buy three different devices.