Although my son had Fender Mustang I, I wanted more trendy amplifier with wi-fi and bluetooth features being able to download the effects and so on. After some research, I found out that there are two options, either Boss Katana or some newer Fender Mustang model. First I looked at the Fender GT series and later found out that there is even newer line, GTX. After reading some reviews and comparisons, I decided to get Mustang GTX50, but then I realized that more powerful model GTX100 comes with the GTX-7 foot switch and that the price difference is not that big. Yes, I got GTX100 even though I do not need 100W in my apartment, my neighbors would not like that I use each watt. It arrived the same day as my Stratocaster. 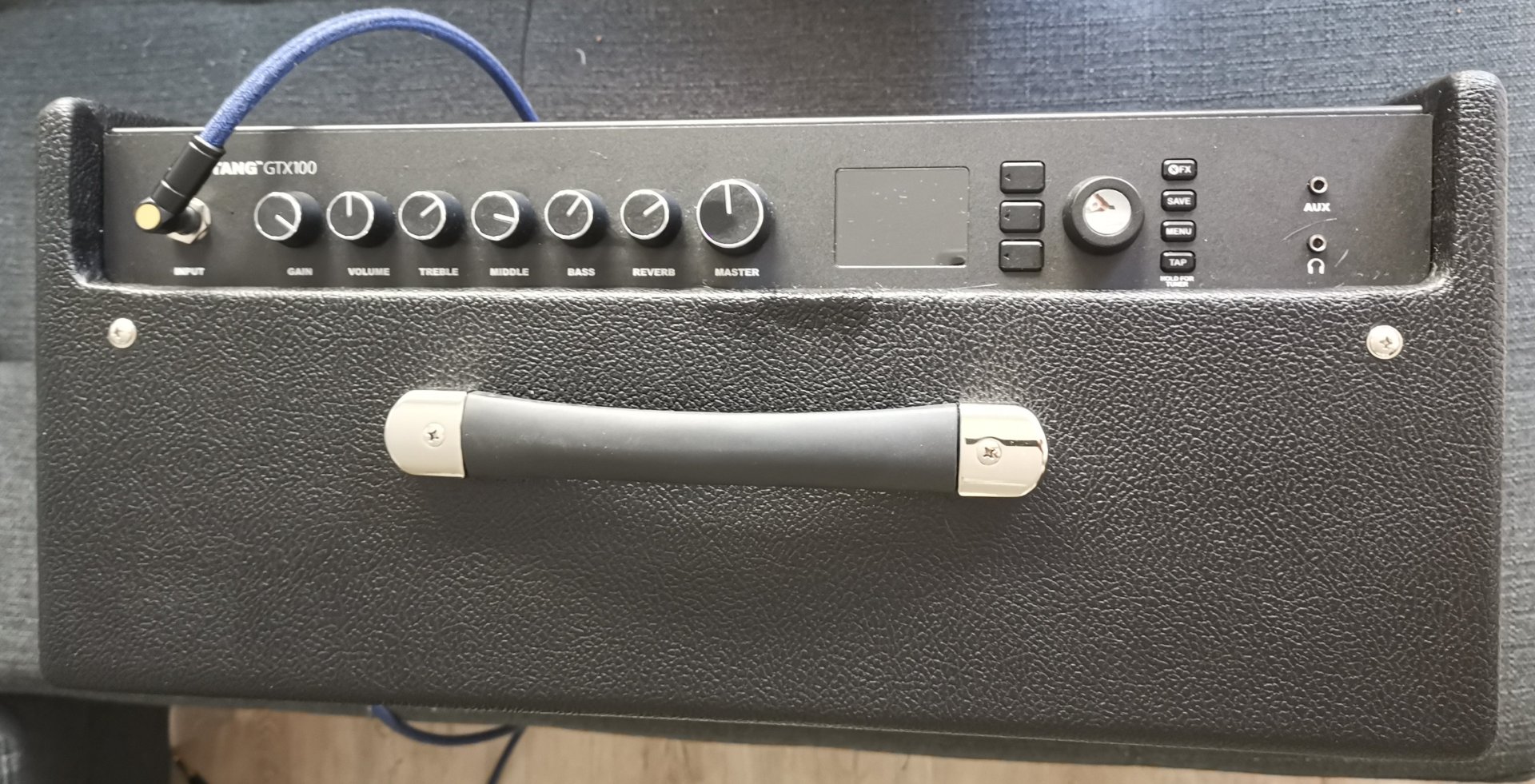 The amp has really nice sound, you can hear the whole spectrum of an electric guitar and the effects are really good. You can simply download an effect by the song name and you start sounding like the real. It’s that easy, no hassle with different pedals and settings. The preset effects already give wide variety of styles, but the option to download apparently any effect is really cool. 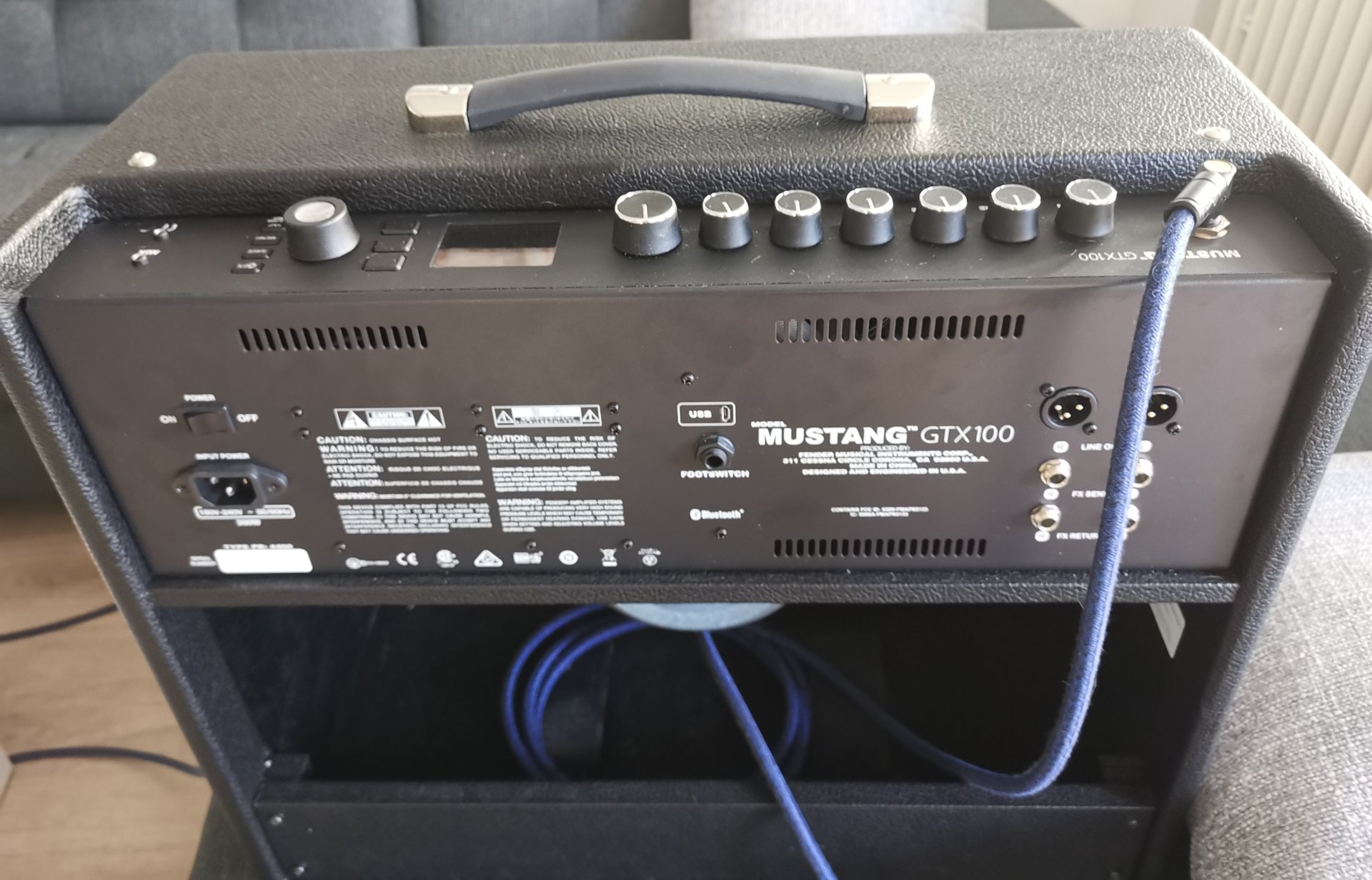 The interface is very intuitive and it is easy to use without reading the manual.

I tried the looper just once and it is quite easy to use it. It’s a pity that there are no drums, but you can play them by Fender Tone app. However, to practice, you can just play a song from your phone via bluetooth directly to the amplifier. 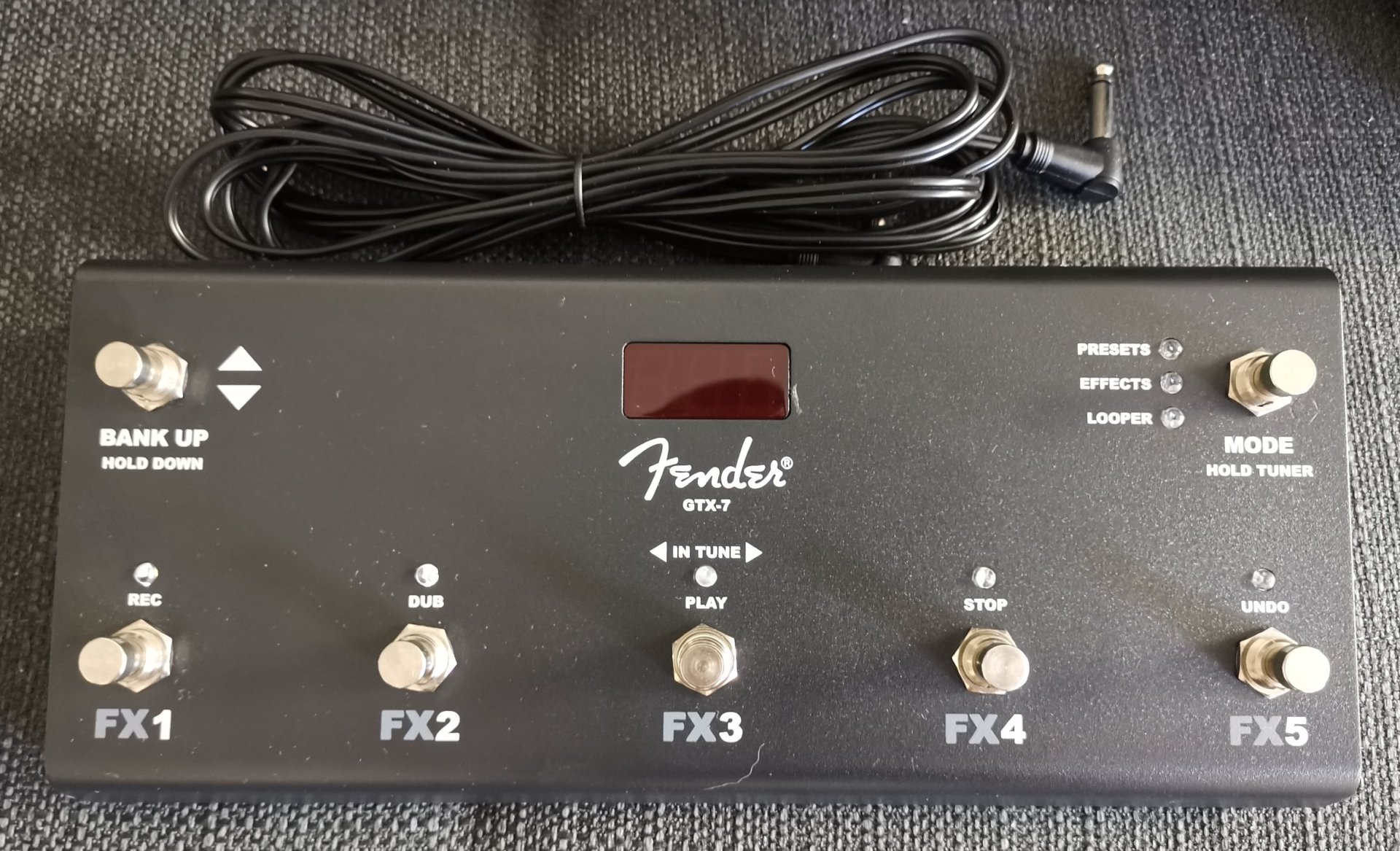 As a beginner in playing guitar for the second time in my life, I searched for help online and found Fender Play service. I subscribed on the 1st of April and after 5 months of using it, I can really say that this is a great help for beginners, but once you reach medium level or you are close to it, it’s not that worth anymore. It is useful to learn some music theory although you can find much more details for free on YouTube. 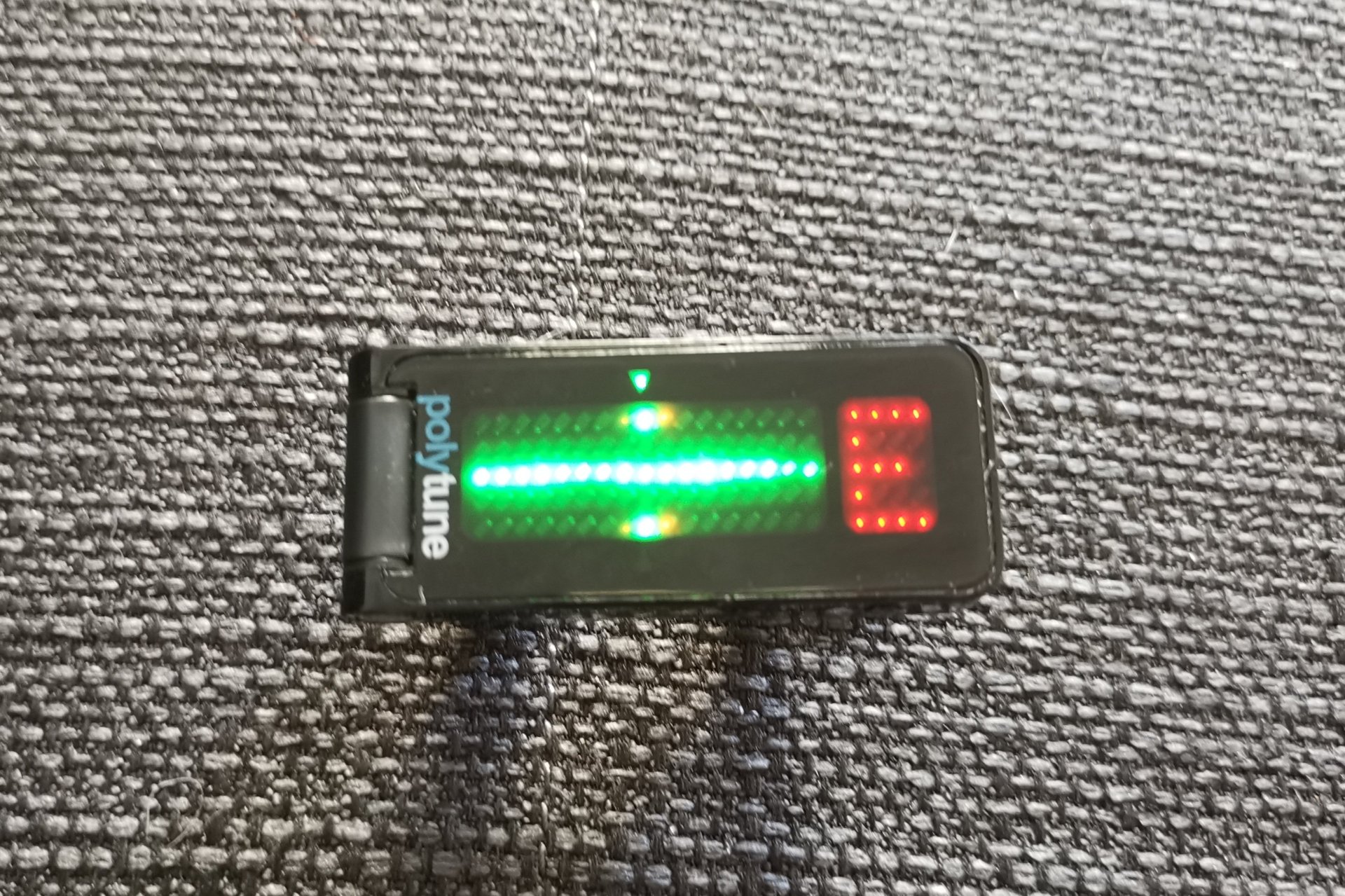 Even though I have a tuner on my modulated amplifier, I wanted to get a clip tuner so that I can use it on any guitar including acoustic ones. After some research I found out the one which shows tuning of all six strings at once. If there is some string out of tune, you can immediately see which one and quickly tune it up. The name of this magical tuner is TC Electronic Polytune Clip.